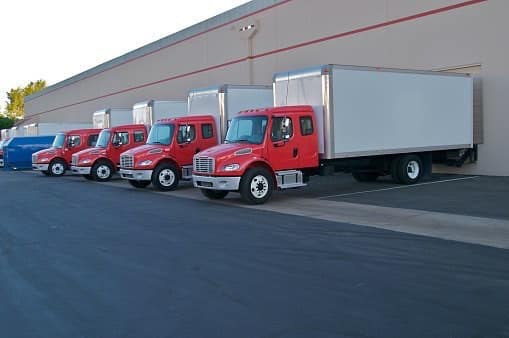 Terminal Island, located within the Port of Los Angeles, is home of the nation’s busiest containerized cargo terminal. This terminal has been dealing with congestion, inefficiencies, and increasing pollution for years, which has negatively impacted trucking companies in California, the countless businesses that rely on them, the environment, and ultimately, consumers. A recently proposed Harbor Performance Enhancement Center (HPEC) aims to change all of that in the near future.

The Harbor Performance Enhancement Center (HPEC) is a public-private partnership between the Port of Los Angeles and a consortium organized by Los Angeles financier Jonathan Rosenthal. Rosenthal is the Chairman of the Board at Saybrook Capital, which is the parent company of Taylored Fulfillment Services.

HEPC is envisioned as a “peel off yard” located on 80 acres in the center of the Port of Los Angeles. Its purpose will be to provide an outlet to relieve congestion on the docks by providing a staging area for up to 3,500 truckloads per day. This will increase efficiency at the port by 10% to 30%, and therefore reduce costs and emissions throughout the entire system.

At a press conference announcing the project, Rosenthal said, “this is ground zero for change in truck drayage. As congestion has gotten worse, an owner/operator driver may be averaging one and a half loads per day. And that’s not enough to feed your family. So eventually the driver drops out and the company has high turnover and high costs replacing that driver with a new driver. You might be looking at delays to enter the Port of 2-3 hours. How can a driver getting paid by the load absorb that waiting time? When you’re waiting in line your truck engine is often running, generating pollution, and wasting gas.”

As the HPEC facility will be on Port of Los Angeles property, The HPEC will have a significant impact on reducing emissions at the Port of Los Angeles, because the facility will rely on solar power and battery- or hydrogen-powered trucks to transport containers. In addition, it will be subject to the provisions of the Clean Air Action Plan and Clean Truck Program, which requires that the lowest emission equipment and fuels are being used at the facility. Furthermore, HPEC will also include an on-site laboratory to promote collaboration and the pursuit of new innovative ideas among the world’s leading stakeholders in the goods movement industry.

Significant public infrastructure improvements to benefit the entire San Pedro Bay Port complex are also part of the overall HPEC project. Trucking companies in California are eagerly awaiting the opening of the HPEC. The project is currently in the midst of an 18-month environmental impact study. Construction on the set is planned to be completed by 2020.

Taylored Fulfillment Services is a fully integrated third-party logistics provider specializing in wholesale, retail, and direct-to-consumer until fulfillment. Headquartered in Iselin, New Jersey, they operate 1.5 million square feet of warehouse and distribution space, strategically located near the nation’s busiest ports, including Los Angeles, Long Beach, and New York. Since its humble beginnings in 1992, Taylored Fulfillment Services has grown to become a national leader in distribution, fulfillment, and warehousing.